Extracts from an interview with Sabina Arnaut-Jahic, national delegate for Bosnia-Herzegovina on the Regional Council of Emmaus Europe.

Can you tell us about how Emmaus began in Bosnia-Herzegovina?

Emmaus was born in Bosnia-Herzegovina in the context of the former Yugoslavia breakup and the consequences of the 1992-1995 war. In this time, the situation was extremely difficult and unstable for everybody in the country. In 1993, the humanitarian organization “Red Crescent” started to work in order to open public kitchen and distribute modest meals to the people.

Abroad, a large number of organizations wanted to help the population of Bosnia-Herzegovina during the war, and one of them was Emmaus International led by Franco Bettoli. They started delivering convoys of aid with food, medicines and other necessities to Tuzla municipality and to do so, they needed a local humanitarian organization to help them over the distribution of aid. That’s how Emmaus International and the Red Crescent started to work together, with an intensive assistance to refugees.

The activists and enthusiasts working in this partnership developed the idea of establishing an association dealing with “Emmaus” activities in Bosnia-Herzegovina. The founding assembly of the humanitarian organization “International Forum of Solidarity – Emmaus” was held on February 10, 1999, with the aim of providing assistance to all vulnerable categories of the population who need help. They defined their mission as “to create, support and vivify resources in which everyone, by being free and respected can fulfil their needs and show mutual solidarity” and their vision as “to act so that every man, every society, every nation can live, demonstrate and achieve trough exchange and share in equal dignity!”

Today, Bosnia-Herzegovina has two Emmaus groups, one full member and one trial member.

What activities/initiatives are led by Emmaus in Bosnia-Herzegovina today?

Emmaus groups in Bosnia-Herzegovina implement many activities in the whole country. The groups lead several humanitarian actions to help the most vulnerable people, such as the daily distribution of meals that prepares over 3,500 meals a day in Bosnia-Herzegovina, the direct support to the people who were deeply affected by the war (especially with the loss of their families), or the accommodation of old and helpless people and persons with mental disorders or with disabilities.

One special expertise of the Emmaus groups of Bosnia-Herzegovina is the assistance to the children in diverse ways. Several day care centres welcome children in the country and give them a safe environment to live and a better access to school. This includes support and care to the children’s families. The groups also run services to prevent violence against the children, with hotlines and awareness on safe use of internet.

The groups are also involved in the help to refugees, in Bosnia-Herzegovina as well as abroad. They run a very important centre for the prevention of human trafficking, and also lead several solidarity initiatives in the world, with partners in Africa and Asia.

The Emmaus groups of Bosnia-Herzegovina were very involved in facing the crisis consequences. They developed their distribution of food and sanitary products in areas where no support were in place, and gave medical equipment to health care institutions. The violence against the children rose during this time and many more people used the phone services.

With their good experience of emergency situation, the groups were able to respond quite well, hiring more people to run the emergency solidarity initiatives, adapting all possible activities online and developing new online/phone support services to prevent violence and psychological consequences of the crisis.

What challenges are the groups in Bosnia-Herzegovina facing at the moment?

One special challenge at the moment is the situation of the refugees in the country. Since the beginning of 2018, Bosnia and Herzegovina has experienced a drastic increase in the number of migrants entering the country. Research has shown that migrants in Bosnia-Herzegovina have spent an average of about two years on the road, and some have been on the move for six years. In Una-Sana Canton, main destination for migrants in BH, the reception centres are full, migrants have been living in factory halls for two years and an estimated 7,000 people would be fighting outside the camps. Due to the pandemic and the decrease of available help, an increasing number of migrants do not have food, clothing, footwear and basic hygiene conditions because they mostly live in abandoned buildings or in forests.

In this context, IFS-Emmaus provides one facility as a day centre in Tuzla, where migrants have the opportunity to take a shower, get new clean clothes and eat and rest for a short time. In addition, activities related to the distribution of warm meals will continue, as well as the emergency distribution of non-food items for those on the street. In addition, on October 16, 2020 the group signed the Protocol for the accommodation of unaccompanied minor foreigners who have expressed an intention to seek asylum and unaccompanied minor asylum-seekers in the Centre for Children and Youth in Doboj Istok, with government and other relevant organizations that are involved in process of support aforementioned categories. The accommodation started in mid-November 2020. 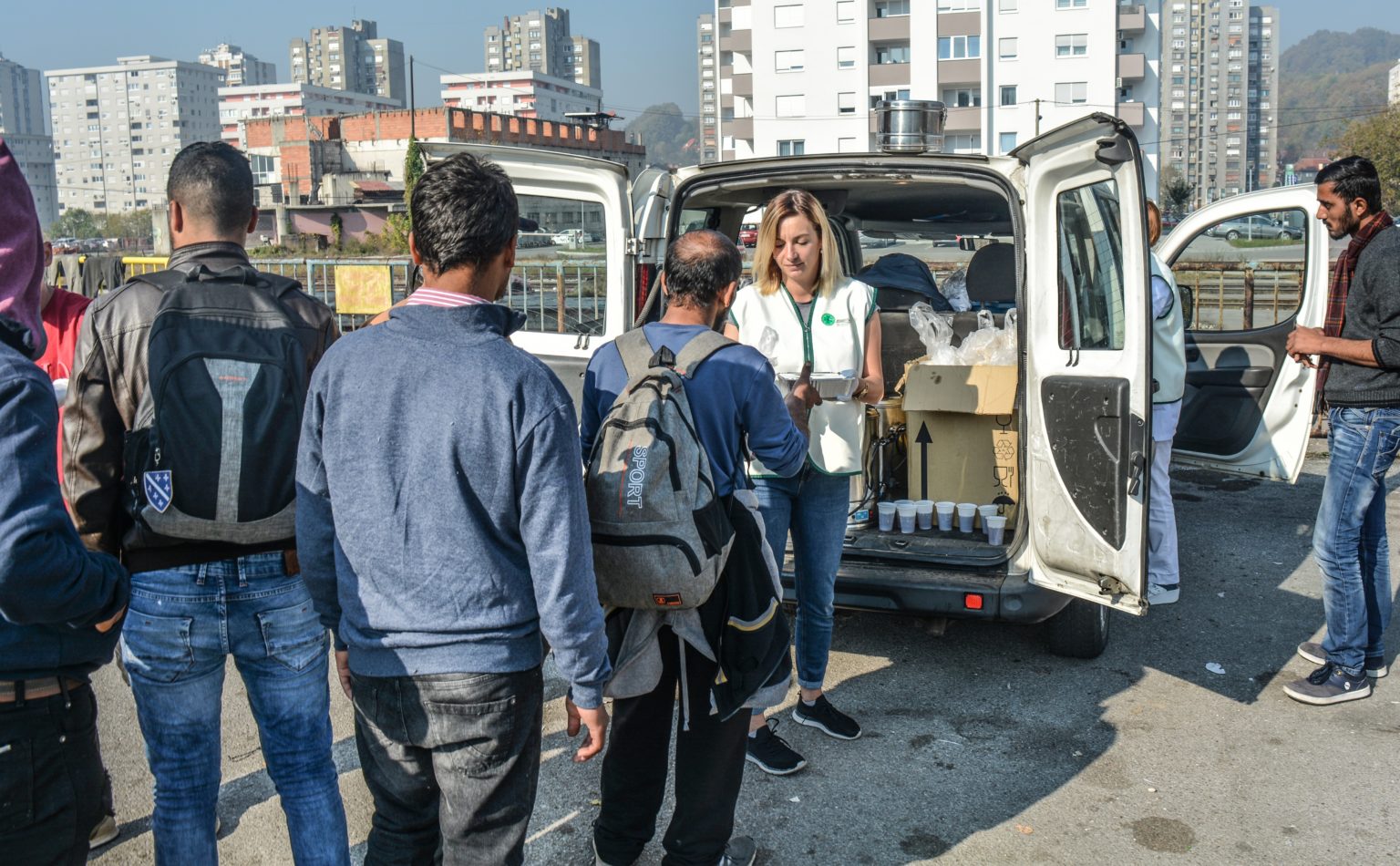