Extracts from an interview with Serena Lemmens, national delegate for Germany on the Regional Council of Emmaus Europe.

Can you tell us about how Emmaus began in Germany?

In 1959 we had the first action led on behalf of Emmaus: a collection in Cologne on 1st March. This date marks the beginning of Emmaus in Germany.

Some young people from Cologne had met Abbé Pierre in Verviers in Belgium. They took part in a youth camp run by former resistance fighters in support of abandoned German children and were also involved in a big Emmaus collection. After discussing this experience in German newspapers they started to receive many requests to come and collect goods and thus they organised the first collection in Cologne. Shortly afterwards a community of volunteers was set up.

Today we have 3 communities and 2 trial member groups in Germany, all in the central-west region of the country. These groups are made up of 30 companions, 21 employees, 139 volunteers and 10 subsidised workers, and live off the proceeds of the sales of second-hand goods.

What activities are led by Emmaus in Germany?

The main activities led by the Emmaus groups in Germany include: running the communities with all the associated challenges and problems, operating second-hand shops, managing a day centre for 50 people in need and running a soup kitchen (preparing and distributing food for homeless people). Our trial member group near Cologne, Emmaus PUNTO, focuses particularly on the issue of drug addiction, helping people who have been through rehab.

We lead other activities as well such as gardening and landscaping, recycling bicycles, running a second-hand bike shop and maintaining the grounds of the children’s farm in the trial member group in Krefeld. On the farm we produce a natural fertiliser which we can also sell on. In front of the bike shop there is also a market for the trading of plants. People can swap their plants for another one or pay a small price for them. This initiative encourages people to stop at the shop, to have a chat with the volunteers and to get interested in our projects.

As part of an international movement it is also important for us to take part in the movement’s solidarity initiative and to defend the values we share. Thus, we send goods regularly to Emmaus or partner groups in Poland, Lithuania and Romania, for example. We give approximately 20%-40% of the goods that we collect to other communities abroad or to local charitable organisations. We are also involved in several organisations helping refugees which lead initiatives for peace, against racism and which promote actions of neighbourhood solidarity.

The pandemic has created feelings of insecurity and anxiety in the groups and amongst our customers. It was very stressful for us when the shops had to close.

In March, during the first lockdown, we asked both the government and our friends and customers for financial support in order to deal with the situation. In November, during the second lockdown, we were able to cope just by relying on our reserves.

For our garden project we had no problems at the beginning of the crisis: people wanted to use bicycles more than ever and wanted to have their gardens trimmed… It also represented an opportunity for us to renovate different sites and we certainly made the most of the opportunity!

Despite being careful and taking all the necessary precautions some people still caught the virus. Only a few of them got ill but fortunately they are all well again now. One community had 3 positive Covid-19 cases and all the companions had to go into self-isolation. The bright side of this quarantine is that it brought the community closer together.

However, the situation is catastrophic for homeless people: there is less accommodation, less places open where they can get food and no options for sanitation.  We are, therefore, continuing to help people in need although we must adapt our actions to take all the necessary precautions (working in smaller groups, social distancing, etc.).

What challenges are the groups in Germany facing at the moment?

One of the big challenges in Germany is to deal with the minimum wage for all companions as the Emmaus way of living is not recognised here as it is in France. We struggle to convince the State to grant us exceptions to handle wages ourselves.

Another challenge is Germany’s employment policy. The job centre provides only short-term support for the long-term unemployed and offers no solutions to people who do not fit into the “regular” job market. Most of these people see no better future and no opportunities for a better life afterwards. We have also noted that volunteer work is not well organised in Germany, it should be used to help the long-term unemployed to get back into work but unfortunately it is often seen as a form of undeclared work. 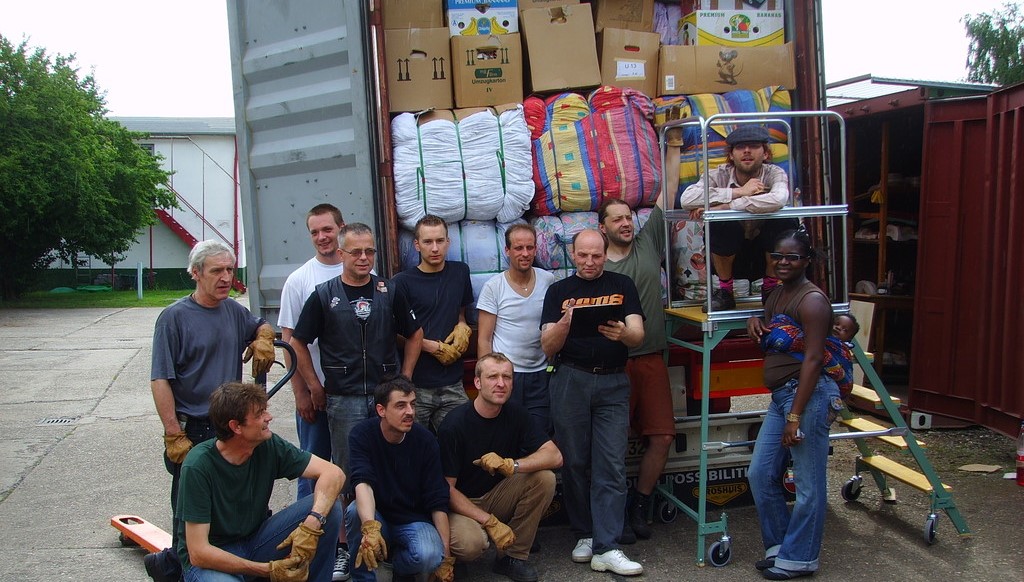