For a renewed partnership that takes into account the realities experienced by African and European civil society.

With only hours to go before the opening of the sixth African Union (AU) – European Union (EU) Summit, Emmaus Africa, Emmaus Europe and Emmaus International are calling on the decision-makers at the negotiating table to co-construct a truly ambitious partnership that places the protection of people and their social and environmental rights at the heart of their priorities.

At the last Summit held in Abidjan in 2017, the leaders of the AU and the EU, as well as those of their respective member States, had made economic opportunities for young people, peace and security, and mobility and migration the future priorities for cooperation between the two continents. Five years on, the Emmaus movement, which works in the field with excluded populations, is not optimistic about the progress made in these areas: “We have never had to do food distributions before. Now people don’t even have enough to eat. In the Emmaus groups in Africa, people come knocking on our door saying, ‘help us to survive’. And we haven’t received any help from the States during the pandemic, which has made the situation worse.” Patrick Atohoun, Chair of Emmaus International and leader of the Emmaus Pahou group in Benin, explains.

The Summit that opens tomorrow should lay the foundations for a new partnership between Europe and Africa. At the heart of this year’s discussions will be investment to address global challenges such as climate change and the health crisis, and the promotion of stability and security. To ensure that the decisions taken at the end of this Summit are geared towards reducing poverty and achieving the Sustainable Development Goals that the States have set for themselves, three priorities should guide the discussions: involving European and African civil society in responding to the challenges of both continents, placing the general interest at the heart of public policies, and building an economic model that is truly at the service of people and their environment.

The democratic setbacks and conflicts that threaten many countries in Africa and Europe put security and peace-building issues at the centre of our concerns. We are alarmed by the political instability in many countries and the repression of citizens’ movements fighting for civil and political rights. In Europe as in Africa, leaders must work to prevent the confiscation of democracy, the centralisation of power and the sidelining of citizens in the development of public policies that affect them. It is only by listening to the realities experienced by the people and by placing the general interest at the heart of decisions that trust in institutions can be restored. Threatened by neo-liberalism as much as by authoritarianism, democracy is an essential condition for the stability of the African continent and a direct means of meeting challenges such as protecting ecosystems and reducing inequalities.

Like democracy, the economy must be seen to be at the service of people and their environment. We call on the States to take (back) their role as arbiters in the economic field:  to invest in public services, fight against a weakened and asymmetric legal system that prioritises the economic interests of large corporations and favours their impunity, and stop the unlimited privatisation of common goods. In view of the food and climate crises we are facing, the leaders present at the Summit must agree on “investments” that do not undermine the social and environmental rights of the populations concerned. Europe must also commit to limiting these exports when they destroy local production chains. In Europe as in Africa, cooperation must allow for the relocalisation of economies.

Africa is probably the continent most exposed to the consequences of climate change, despite it being responsible for only four percent of global greenhouse gas emissions[1]. This environmental damage exacerbates existing economic and social inequalities. We call on the EU and the AU to listen to the voices of civil society on both continents in the global response to this issue. According to William Kodzo Tsolenyanu, Chair of the Emmaus Africa region: “Through its daily actions, the Emmaus movement proves every day that there are credible alternatives in terms of an ethical economy and agro-ecological transition.” The Covid-19 pandemic has highlighted the close links between environmental degradation and the appearance of major health risks. Here too, ambition and accountability will be needed to meet the health challenges.

As Koné Nantegue, Secretary of Emmaus International and leader of the Emmaus Jekawili group in Côte d’Ivoire, explains, “Africa is facing the impact of the health crisis on its economies with resilience. Reforming health systems and investing in research are already becoming priorities.”

In the face of global inequalities in the right to health and access to care, the Emmaus movement is committed to creating community mutual health organisations for those lacking access to care. Leaders should take inspiration from these alternatives to work towards universal social protection and also to build people’s capacity to insure themselves. It goes without saying that lifting the patents on Covid-19 vaccines will help achieve this goal more quickly. The EU must stop obstructing this request from several States.

Finally, the issue of migration will be on the agenda of this Summit. And we fear, once again, that this will be an opportunity for European States to use their development aid as a bargaining chip in return for controlling the borders of the African continent with Europe, while at the same time investing billions in closing the borders on arrival in Europe. Emmaus Africa calls on African governments not to be complicit in these policies.

We are concerned about a vision of Europe that promotes the rule of law on its territory but considers that this rule of law stops at its borders and does not concern the people exiled on its territory, as Emmanuel Macron did in his speech to launch the French presidency of the EU. For Carina Aaltonen, Chair of Emmaus Europe, “investments and efforts must finance the dignified welcome and integration of people wishing to live in Europe, as offered by the Emmaus groups in Europe, rather than deadly border closure policies.” We would like to highlight that ensuring legal channels for immigration to Europe is the surest way to fight against the criminal networks that have developed as the number of visas granted to Europe has been reduced. Future cooperation policies must be genuinely based on respect for human rights and on a dialogue with civil society to promote an entirely different kind of migration governance. 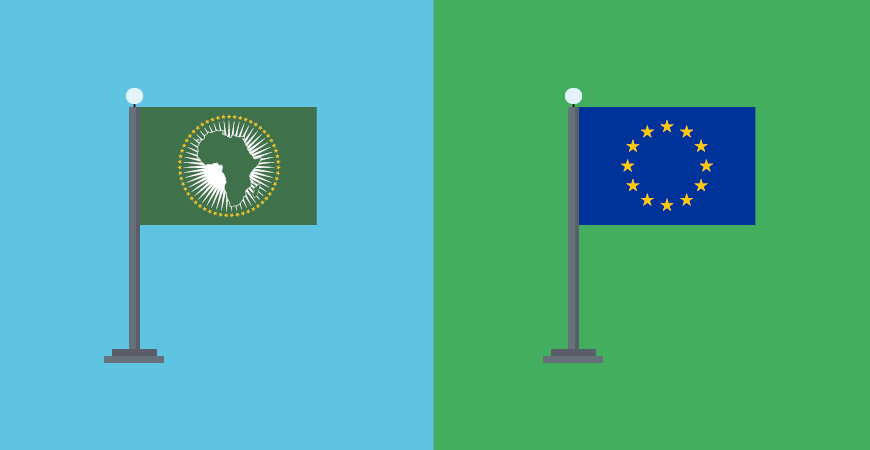