A creamery is helping refugees to rebuild

The IFS group was launched in Bosnia-Herzegovina in 1999 after members of the group met with Emmaus International during the war in the former Yugoslavia.

Today the wide range of activities launched by the group make it almost an alternative Ministry for Social Affairs: welcome for exiled persons taking the route through the Balkans, a retirement home for mothers of victims of the war, a centre providing psychological and geriatric care for the poor, social aid and food provided to isolated elderly people, grants for children of single-parent families in rural areas, etc.

In total the group serves over 3,000 meals a day to these people and this is why IFS decided to produce some of the food they consume themselves. They first launched their own bakery, allowing the group to make savings of 1,000 euros per month. Next, in the very rural Doboj region, the group decided to kill three birds with one stone by helping former inhabitants of the region to resettle there following the war. In the early 2000s these people had been provided with cows as part of the international resettlement programme but they had nowhere to sell the milk they were producing. IFS’ objective was, therefore, to collect this milk in order to provide income to these farmers and boost local employment. In turn, the creamery would produce the yoghurt, butter, milk and cheese that the group needs to provide food aid and maybe, one day, the creamery would be able to generate a small profit that would help the group to fund its many social initiatives.

The creamery was created in 2007 thanks to a partnership with the Italian Emmaus community of Villafranca. It currently employs 12 people and collects 2,000 litres of milk per day from small-scale local farms (1-10 cows per farm). In the first few years of its existence the creamery required external support in order to balance the budget but in the last two years the group has been able to generate a small profit at this site by selling some of its produce to shops and restaurants. They now have plans for an extension! 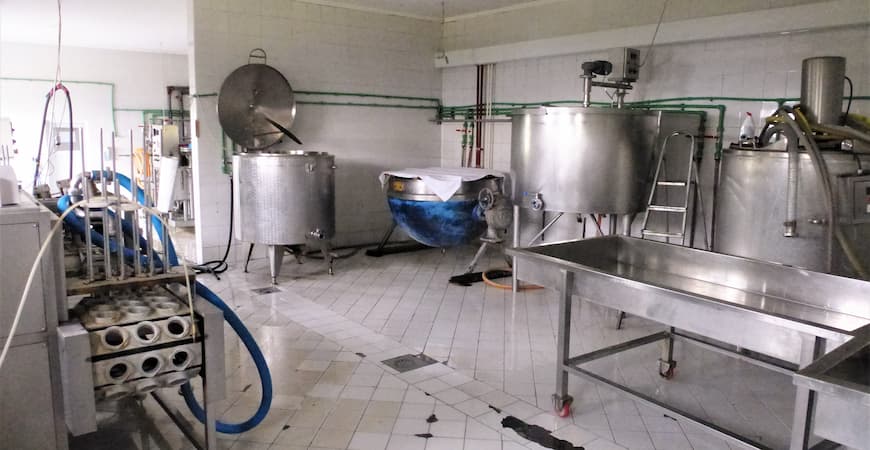