Back to activism with the Emmaus in the Netherlands!

Lately the Emmaus groups in the Netherlands have been acting more together and locally to raise the public awareness on different issues (migrations, overconsumption) and with different partners (extinction rebellion, the Dutch design week, etc.)

This month we meet with the new National Delegate for the Netherlands, Yvette Gumbs, to ask her all about it. 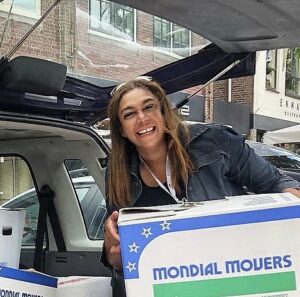 – Hi Yvette, your last action was on the eve of the International Migrants Day, can you tell us more about it?

The number of undocumented migrants in the Netherlands is estimated to be between 25,000 and 58,000 people. They are often asylum seekers who have exhausted all legal remedies or people with an expired residence permit. Most have been living in the Netherlands for more than 20 years. Due to their status, they live with many insecurities. For example, they often do not know whether they will have enough to eat, a roof over their heads or access to health care. In addition, they run the risk of being exploited. Children born here have no vision of their future and live a shadow life that is hopeless because they have no papers.

Many undocumented migrants have been affected by the coronacrisis. For example, they lost their job as a cleaner or their job in the hospitality industry. Because they are not entitled to benefits or help from, for example, the food bank, they often no longer know how to get food.

We set up a kind of guerrilla campaign with all Dutch Emmaus branches. All branches saved clothes, shoes and school supplies and these were brought to Amsterdam on Friday 16 December by the drivers. We were allowed to use a church in Amsterdam for free to set up a pop-up store for a day.

The idea was also to say that we were doing our part in welcoming the migrants and that the government should do his.

The action was very successful, and the Emmaus branches liked working together it and it was visible to show people what Emmaus stands for and to jointly do these kinds of actions. A good example of fighting together to help those in need. We even got an email from the municipal of Amsterdam stating that they were grateful for our action.

In October, a court ruled that the Netherlands was not meeting international standards and said the government should ensure every asylum seeker had access to a roof over their heads, food, water and sanitary provisions. The court also ordered the state to take immediate action.

But the state and refugee settlement agency appealed, arguing they needed more time to comply. The appeal court has now ruled in their favour.

Still, the appeal court also said that the Dutch state had made an unlawful distinction between refugees from Ukraine and asylum seekers from other countries. ‘Both groups are fleeing war and violence and no difference should be made in the reception of these groups,’ the court said. ‘The state must therefore treat these groups equally.’ Refugees from Ukraine have been admitted to the Netherlands without going through asylum procedures and they are allowed to work directly.

On positive action of the Dutch government is that the Prime Minister Mark Rutte apologised on in December on behalf of his government for the Netherlands’ historical role in slavery and the slave trade. The Netherlands will establish a €200 million fund for initiatives to help address slavery’s legacy in the Netherlands and its former colonies and to promote education about the issue.

During the 17th century, the Netherlands was one of the world’s wealthiest countries, with its economic growth relying heavily on the slave trade. “We who live in today’s world must acknowledge the evils of slavery in the clearest possible terms, and condemn it as a crime against humanity,” Rutte said.

– The Emmaüs groups in the Netherlands are also active on the topic of fast fashion and overconsumption can you give us some examples of actions and partnerships?

It’s widely known that the fashion industry is the second most polluting in the world. We buy 60% more clothing than 15 years ago and wear those items half as long.

Consumers treat cheap clothes as practically disposable, with estimates suggesting they’re thrown away after just seven or eight wears. In the Netherlands alone, 240 million kilos of textile are wasted every year.

Boosting clothing reuse and repair is one of the Emmaus awareness projects we are aiming for. We do this of course by selling second hand clothes and trying to find partnerships to do so. 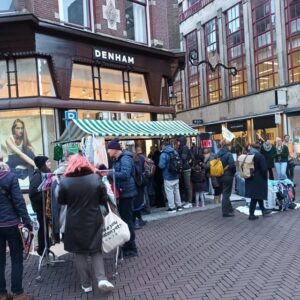 On Thursday, November 24 Emmaus Haarzuilens organised a campaign around overproduction and overconsumption of textiles. The day before Black Friday, people were in centre of Utrecht in a party tent with banners, flyers and a pile of clothes. Public were encouraged to pick out clothes for free with the slogan “everything is already there; you really don’t need to buy anything new! “.

It was a joint action with Extinction Rebellion, a decentralised, international and politically non-partisan movement using non-violent direct action and civil disobedience to persuade governments to act justly on the Climate and Ecological Emergency.

During the Dutch Design Week 2022 in Eindhoven several Emmaus groups participated in the exhibition Manifestations in the Veem building. Next to Emmaus Eindhoven there were also contributions and help from Emmaus groups from Utrecht, Bilthoven, Wageningen and Tegelen. The Dutch Design Week unite many designers and using used/ recycled materials are widely represented.

Emmaus Netherlands wants to encourage artists to use this material and to give their point of view on sustainability in our society. We want to do more active actions and have therefore set up a few workgroups who come together to discuss further actions. I think these joint actions make us stronger in stimulating awareness with the general public for these very important issues and to let people know what Emmaus stands for.

It also helps us get the younger generation to volunteer at Emmaus. 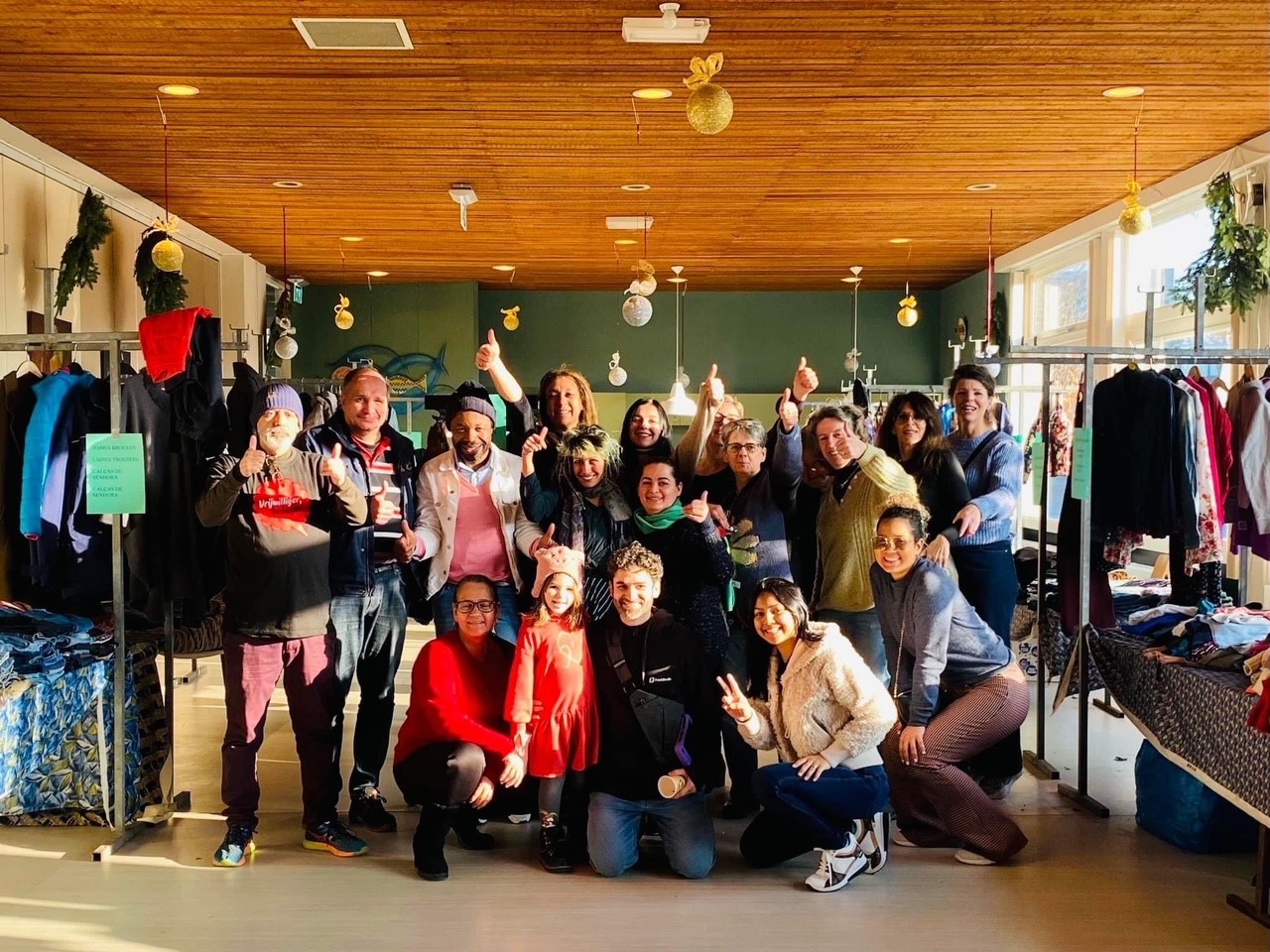