Joint statement by Emmaus International and Emmaus Europe: “No compromise on the right to seek asylum!”

No compromise on the right to seek asylum! Activate the Temporary Protection Directive!

Emmaus Europe and Emmaus International, present in 37 countries across the world, including 20 countries in Europe, strongly condemn the European Union’s reaction aiming to stop asylum-seekers and exiles from entering Greece, in blatant violation of its legal obligations under EU and international law. Free mobility and the right to asylum must be defended as the pillars of peace and stability.

For over 70 years, the Emmaus movement has consistently proven that dignified reception policies are possible even with limited means, as demonstrated by Emmaus groups and communities across the world every day. We know first-hand that reception policies are politically virtuous if devised and implemented in a coherent manner by policy leaders: the alliance between civil society and municipalities promoted by the Emmaus movement and its partners shows that such approach is also attractive to local authorities.

Human mobility is unduly flagged as a source of danger and a red flag, at odds with what the right to leave any country and the right of asylum stand for. Such narrative is shifting the attention away from the real sources of danger and regional instability: the war in Syria and the militarisation of border management.

The situation on the Greek-Turkish border is the direct result of the EU’s cynicism which has relentlessly externalised border management and migration policies by all means, including in authoritarian states. Not a single word was dedicated to the right of asylum in the joint declaration issued by EU Ministers of Home Affairs after their emergency meeting in Greece yesterday! Legal tools exist to protect refugees in a situation like the one faced today, namely the 2001 Temporary Protection Directive which EU Member States must agree to trigger as soon as possible.

Emmaus groups in Europe and around the world devote as much effort as possible to welcoming those no longer welcomed, if not rejected, by our states. The EU cannot fail asylum-seekers and exiles like it did in 2015. We call for solidarity across borders and across Europe.

At the same time, we are filing a complaint with the other members of Migreurop against Greece and the European Union for violation of the rights of migrants and refugees fleeing Turkey. 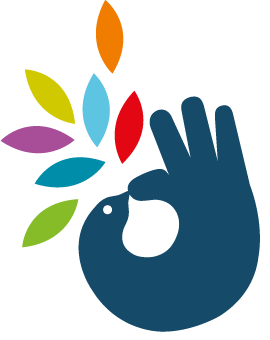