A discussion with Maria Luisa Testori, the leader of the Italian community Emmaus Erba, and a Councellor of Emmaus International. She tells us about the campaign launched in Italy to support the initiatives run by Emmaus in Bosnia along the Balkan Route.

Emmaus Italy has been supporting the Bosnian group Emmaus-ISF for many years. What are the origins of this solidarity connection?

Emmaus Italy (and subsequently Emmaus France and Emmaus International) rallied round to help refugees in the Vukovar region when the civil war broke out in the former Yugoslavia in 1992. We continued to help the refugee families who were trying to return home after the war.  At this time, a partnership got underway with a group, an offshoot of the Red Crescent, which joined forces with Emmaus and took the name of ISF (International Solidarity Forum). The various initiatives undertaken stemmed from this focus on the migrant question.

We hear a lot about the migration crisis on the Balkan Route. Can you tell us what is happening at the moment?

According to the data recently provided by Leila S from ISF, the number of migrants has dropped from 29,196 in 2019 to 15,488 in 2021. This drop in the number of people travelling through Bosnia is also caused by the reopening of the Hungary-Romania route, as highlighted by workers on the ground. However, the situation in Bosnia is still disastrous and concerning with an increase in family arrivals since the Taliban took control in Afghanistan.  The Lipa camp has been rebuilt following the 2020 fire, but the migrants do not want to enter it, preferring to live in hiding in squats in the woods closest to the border. In addition to destroying makeshift camps, lately the police have also banned the outdoor distribution of food.

Emmaus Italy has therefore launched a campaign in support, can you tell us more?

Emmaus Italy is particularly mindful of the migration crisis, as our country is significantly impacted by this phenomenon. Our longstanding links with ISF have made us go above and beyond the initiatives that some Emmaus groups were already running in order to foster a shared commitment by the Emmaus Movement. Along these lines, we launched a fundraiser in 2020, which continues to this day. This campaign aims to raise awareness about the migration crisis and provide funding for a tangible grassroots initiative. Emmaus-ISF helps thousands of refugees every year by providing them with meals, clothing, and the opportunity to have a wash or charge their mobile phones. They do everything they can on a daily basis to deal with the refugees’ most urgent needs.

You have supported the publication and distribution of the book The Game, whose title refers to migrants’ attempts to cross the Croatian border. How is this book an important testimony?

At one point our paths crossed with Pietro Floridia, a theatre director, and Sara Pour, an Iranian illustrator. In Bosnia, Sara, who speaks Farsi, collected the story of one of the many young people who have attempted “the game”, and the account became an illustrated book. At Emmaus Italy, we decided to publish it, as we are convinced that culture is also a form of support, a language that can even reach children. 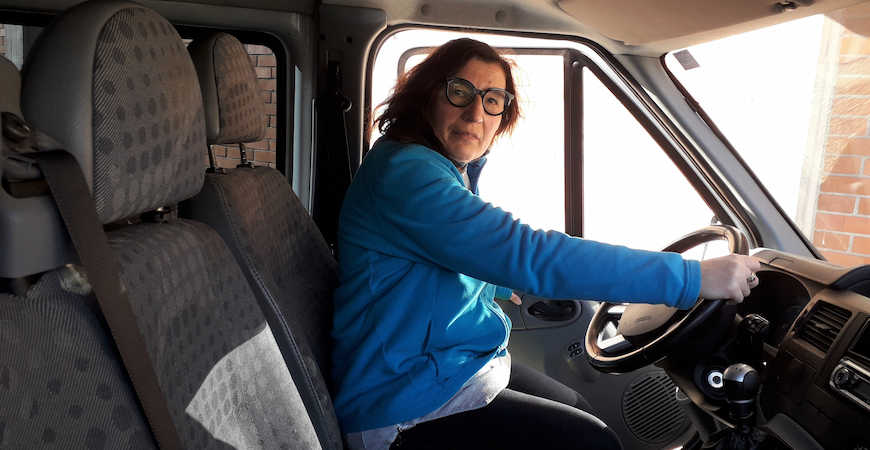